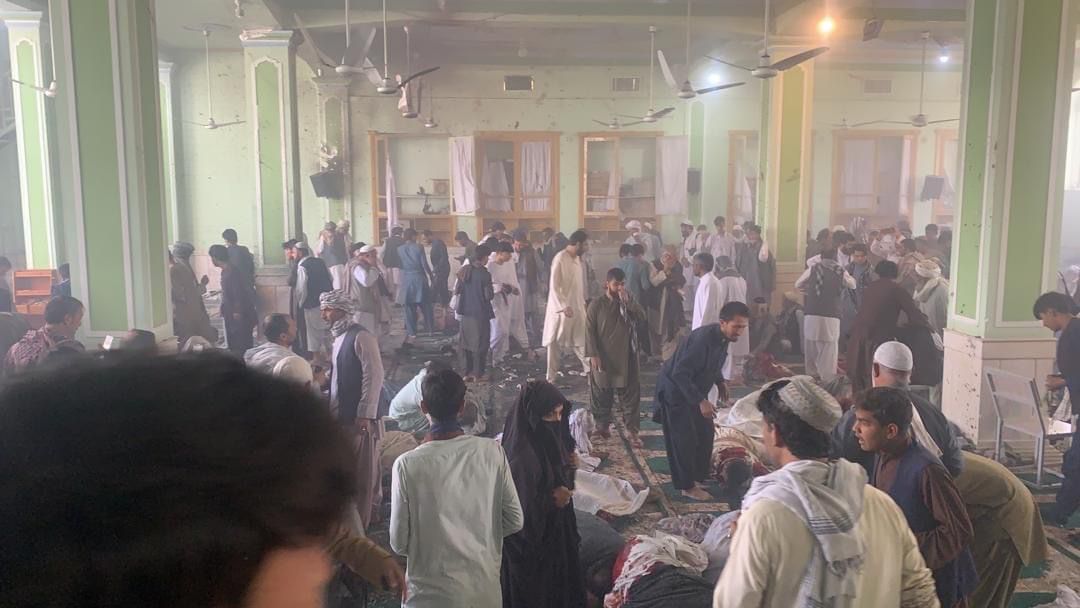 Samim said that 32 people were killed and 70 more wounded in the attacks.

The dead and injured people were taken to various private and public hospitals, he added.

The casualties could further rise as hundreds of people were offering prayers in the mosque at the time of the attack, he added.

Eyewitnesses said that the attacks occurred among people offering prayers in the room of the mosque, causing heavy casualties. All the victims belonged to Shiite religious community.

Meanwhile, the Afghan government condemned the attack and said that the Islamic Emirate had directed the security forces to find the elements involved in the incident and bring to them to justice in line with Shariah.

The government expressed grief over the incident and offered condolence to the bereaved families.

The government, however, did not provide accurate information about the nature of the attack and casualties.

It was the first deadliest blast in Kandahar since the Taliban seized the spiritual capital of Taliban.

Exactly a week ago, a suicide bomb attack killed and wounded around 200 worshipers at a Shiite mosque in Kunduz province. Daesh had claimed responsibility for the Kunduz attack. Ends